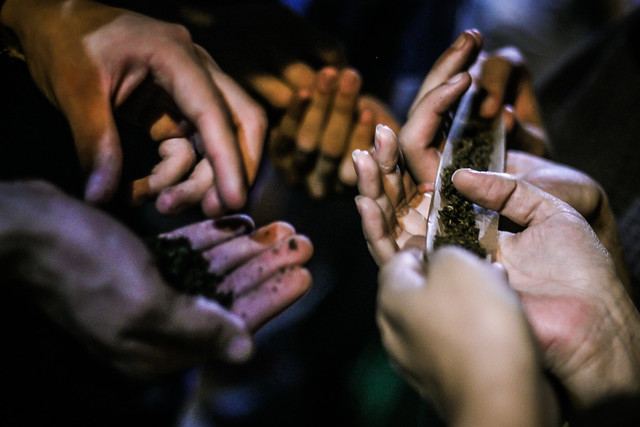 It has been almost six months since the doors of recreational marijuana stores first opened in Colorado, and the world has not come to a screeching halt. Business has been booming despite the 30 percent tax rate on cannabis, netting over $1 million in the first month alone. It has spawned a whole new job market and flooded the economy with some much-needed income.

But that’s not the best part. Contrary to popular belief, legalizing marijuana has not increased crime or brought added danger to the streets and our children. In fact, since recreational pot shops first opened in January, crime rates have plummeted. The biggest drop in crime was in homicides (with more than a 50 percent decrease) and sexual assault (down by almost 15 percent).

If we look at these numbers against crimes of the past — specifically violent crimes — we can see that almost all violent crimes within the last 20 years were a result of power-hungry men who happened to be doped up on any number of psychotropic drugs. And yet, despite being noted for their often violent side-effects, these pills continue to be prescribed in unsafe doses.

But not in Colorado. Though there is no doubt a number of people who choose to medicate with these prescription drugs, Coloradians now have to option to treat their illnesses using a much safer alternative: cannabis. They can medicate without worry about overdose, and do so without risking a stint in the can, either.

Now, I’m not saying that there is a definitive correlation between the two, but I do find it odd that the very same year that marijuana becomes legal to the public, violent crime rates drop. Does this mean that the opposite of what the nay-sayers believe is true? Can marijuana actually make Colorado safer?

Do you think there is a correlation between marijuana use and violent crime? Let me know on Facebook or comment below.